There are a lot of performances played by the Faenza flag-wavers during the evenings of June. The first in calendar is the youngest flag-wavers competition, taking place on the first Sunday of June. However, it is in the evenings of the third Saturday and the third Sunday of the month that the most important competitions are held between the flag-wavers of the five districts: here, the best athletes in the city are engaged in demanding performances, enabling the participation at the national championships for the winning flag-wavers.

According to tradition, on the evening of the third Saturday of June there is the “Flag-wavers and musicians competition” in the specialty of the “Single”, the “Small Team” and the “Great Team and Musicians”. Polychrome flags with the Rioni symbol circling with extraordinary synchronism in the night sky, accompanied by the powerful roller of the drums and the ancient sound of the clarions, in the fascinating background of the buildings and arcades of the Piazza del Popolo brightly illuminated and surrounded by figures in arms. 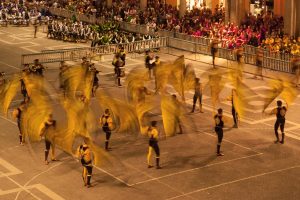 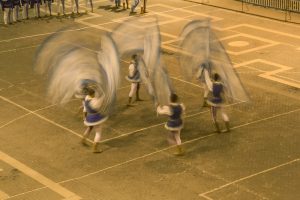 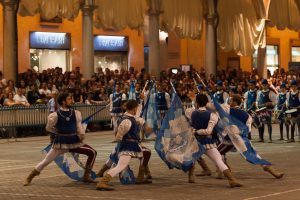 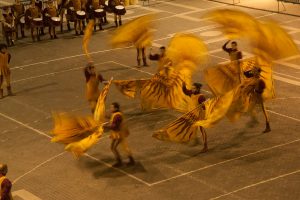 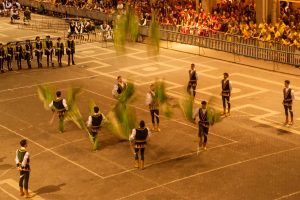 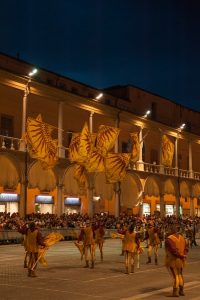 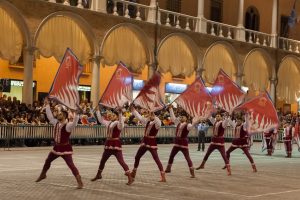 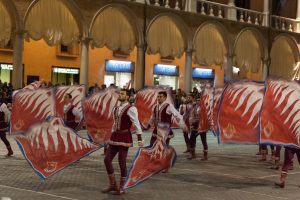 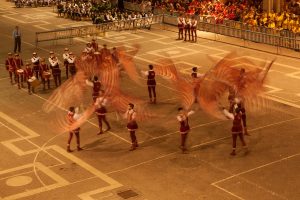 The following evening, on Sunday preceding the Palio del Niballo, the Knights who will run the Palio take an oath in Piazza del Popolo, in respect to the Cavalry rules and to fight loyally for the colors of his own District. After this ceremony, the most traditional competitions between the flag-wavers of the five districts of the classic “Couple” specialty take place. Thanks to their big skills, Faenza’s flag have been enrolled in several national and international competitions also winning the title of world champions in single and couple competitions and deserving honorable placings in other specialties, thus placing the School of Faenza at the national top.