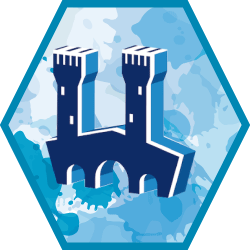 Area: Borgo Durbecco and the area located at the right of Marzeno e Lamone rivers

Head of the district: Filippo Rava

The Borgo Durbecco includes the territory of Faenza divided by the river Lamone, called Rione Bianco. For this reason, the ancient towered bridge that once united the Borgo, “a small city in the city”, to the rest of Faenza, stands out in the neighborhood banner. At the four corners of the banner we also find the doors that opened into the walls of the Borgo: Porta Casaretta (towards the river), Porta Candiana (towards north), Porta Torretta (towards south) and Porta delle Chiavi (towards Forlì), the only medieval gate still present in Faenza.

Porta delle Chiavi was also known as Porta dell’Ospedale, deriving its name from the ancient structure of the Knights of Jerusalem, a crusader order that since 1319 had its own mansion in Borgo Durbecco, at the Chiesa della Commenda, one of the historic buildings and most important artistic works of the entire Faenza heritage, whose date of foundation dates back to the 11th century. It should therefore not surprising the presence of a knight of San Giovanni in the historical parade of Bianco, with a cloak with insignia of the Crusader order, escorted by two sergeant brothers. 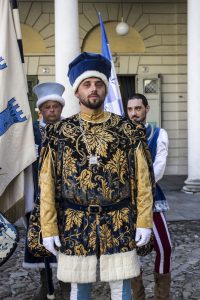 The headquarters of the Borgo Durbecco is adjacent to the Commenda and, as usual, opens its doors to an increasingly numerous public on the occasion of the two weeks preceding the disputes of horse tournaments. Every year there are a series of historical festivals and re-enactments that take place in the Parco della Magione or in the churchyard. Adjacent to the local circle, the “Taverna del Chiostro” is opened, characterized by a typical medieval setting with the light of the candles and its char-grilled menus that have been enjoying considerable success even outside the city walls for years. 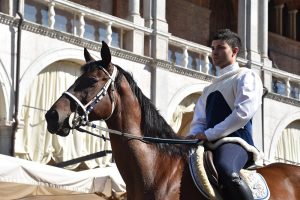 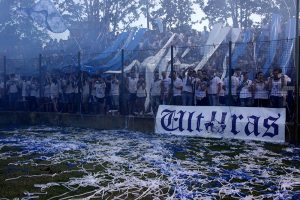 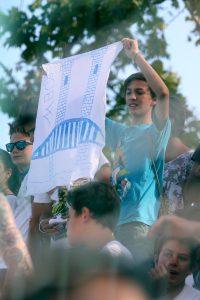 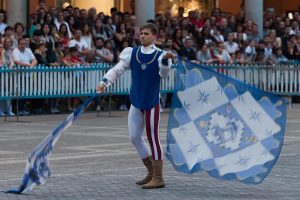 The activities of the District involve above all the youth of the neighborhood through active participation in the Palio del Niballo, or one of the many side events that take place during the year. His group of flag-wavers, named after Fra Sabba da Castiglione (a knight of Jerusalem who lived in the Magione della Commenda at the beginning of the sixteenth century), is a full-fledged member of the “Group of flag bearers and musicians of Faenza” and its members are recognized in the field national as one of the most valid and appreciated in the Italian Federation of Flag-wavers.